This is what happens when elected officials, executives and other unprepared "leaders" put their cronies and sycophants in jobs they aren't equipped to handle. 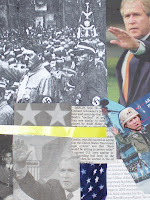 Have you seen the video clip of former Secretary of State Condoleeza Rice stating that 3,000 Americans died in the destruction of the Twin Towers, the World Trade Center in New York City, famously known as “911”?
The numbers aren’t quite right.


Data in the report noted below are based on 2,746 death certificates filed with the Office of Vital Records and three rescue worker deaths that were reported outside New York City through October 31, 2003.


Data on total deaths related to the events of that day in New York, Pennsylvania and Virginia were not included in the WTC Disaster Death report authored by the City of New York.
Sources: Departent of Mental and Mental Hygiene, Bureau of Vital Statistics, The City of New York.  Special Section: World Trade Center Disaster Deaths, December 2003.
http://www.nyc.gov/health
http://en.wikipedia.org/wiki/Casualties_of_the_September_11_attacks


It was convenient for the decadent Bush administration to pick a number and describe all the deceased as “Americans”  but that wasn’t true.
Among the dead were people of fame:  Berry Berenson, photographer, a relative of art historian Bernand Berenson and the sister of actor Marisa Berenson.  Anne Patten, “Mrs George Crile," the daughter of  diplomat and author Susan Mary Jay Alsop, a descendant of John Jay.
And many, many people were just doing their job -- pouring coffee, taking tickets, typing e-mails, answering phones and mopping floors.
Let's not forget the rescue workers and medical personnel. 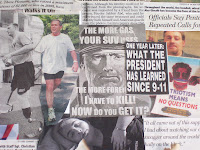 3,000 Armed Forces have perished in Afghanistan, Bush Junior's War, reports the Telegraph.
Do you think that 300,000 Iraqis and Afghanis have died after a decade of war?  Probably, but nobody knows.
Does anyone acknowledge those children, girls, grandmothers, boys and blind men who happened to be in the way? Ah, right, it's war.  Terrible things happen to bystanders.
Good news, the official count is not 300,000 people, yet. As of 2011, according to Wired Magazine, the number was only around 132,000. 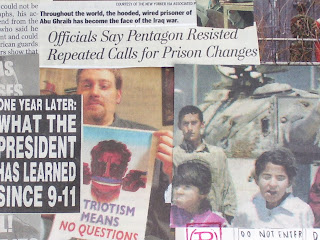 Labels: death, disappear, disaster, official exaggeration, perish, vanish in thin air, you're there and then you're not