Okay, there are economic reasons for making the most of life while encouraging a shorter death watch. The Economist April 29, 2017 admonishes that living as long as possible isn't really the best way to go.

There are also reasons of human kindness and love.  The bar graph accompanying What Matters Most in the same edition of the weekly news magazine is not living as long as possible.  Only about 17% of Japanese, 40% Italians and 45% Americans want to live as long as possible.  Maybe they've seen and experienced enough with up-close views of the end-stage suffering still permitted in countries that don't understand the concept "death with dignity". 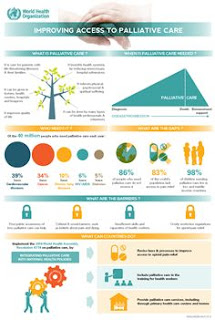 Death With Dignity Locations in the U.S.A.

Labels: choice in dying, consumer rights, death, end of life, you're there and then you're not